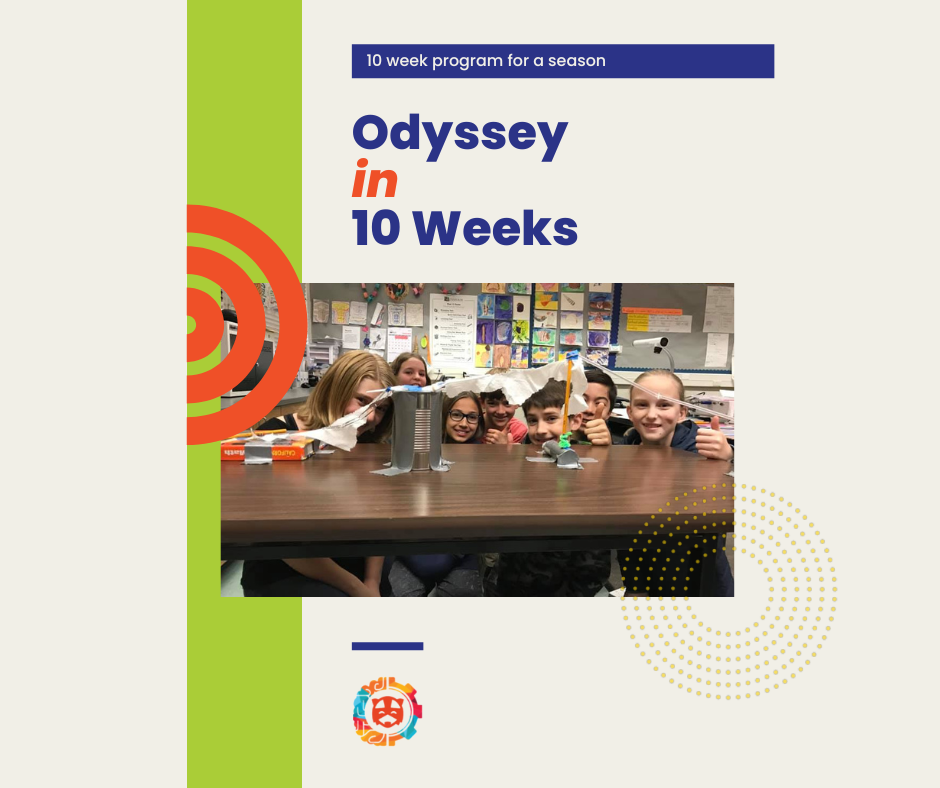 New Long-Term Problems are released in their full form every year to coincide with the traditional academic school year. Usually, this means teams obtain access to the Long-Term problems by purchasing their membership from Odyssey HQ on the JOIN page at the HQ website in late August or early September.

Although the full problems are released at the beginning of the school year, the program is designed so that there is flexibility for teams to do what works best for them. Teams can choose their own timeline to be ready for competition season. Some programs in schools may start immediately in August or September and, as such, may seem like these teams have a head start.

Here’s a little secret: it doesn’t matter when the team starts. What matters is that the work gets done and it is as creative as possible.

There are many advantages to having a focused period of time:

To help coordinators and coaches keep their team moving forward, The 10-Week Program, is a ten-week guide for coaches to help teams focus on important tasks. The 10 Week Program is based approximately on the amount of time a team would have if it began in winter for a mid-March competition, but remember it is merely a suggestion. The team should find what works best for them and their supporters.

Search for your region by Zip Code

Get the Latest News